What are amalgam (silver) fillings?

For many of us, amalgam fillings (also known as silver fillings) are remnants of our youth, when they were commonly used in dentistry. Because of their silver colour, they contrast with the natural shade of enamel, making their appearance unaesthetic. Due to their metal content, they are good conductors of heat, which can cause pain when eating cold or warm meals. Unfortunately, they have one more disadvantage, which is that they contain toxic mercury, as well as silver, copper and tin. In our body, the mercury accumulates in the tissues and can cause allergies, as well as autoimmune and neurological diseases. Frequent signs of mercury poisoning are chronic infections, lack of taste, constant fatigue, and excessive excitability.

Should amalgam fillings be removed?

Definitely yes. The main indication for replacing amalgam fillings is the development of cavities around them, because the amalgam is not always impervious, and may not chemically bond to the tooth tissues. In case of very weakened teeth (e.g. when only thin tooth walls remain), the amalgam can cause them to break. They may also contribute to developing gum disease or periodontal disease.

Can any dentist replace amalgam fillings?

Yes, an experienced dentist can replace amalgam fillings. It is important that the replacement of amalgam fillings is performed in a specialised dental surgery and that appropriate safety precautions are followed, i.e. the SMART standards of the International Academy of Oral Medicine and Toxicology (IAOMT).

How is the SMART procedure used to remove amalgam fillings?

The standard of removing amalgam fillings was developed by the IAOMT, which requires dentists to adhere to the following:

Not following the SMART standards as patients translates into high risk due to large quantities of mercury vapour that evaporate during the procedure (even as much as 4 times higher).

We teach
We treat
We take care 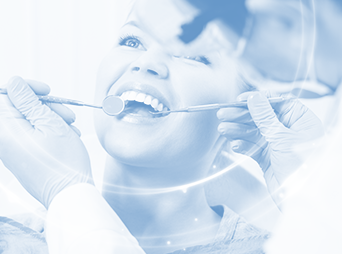 I agree to receive information from Denta Care electronically to my email address and to the processing of this address in a database pursuant to the provisions of the Act of 26.08.2002 (Journal of Laws No. 144, item 1204) on electronic services.

I agree to the processing of my personal data for Denta Care marketing purposes (according to the Act of 29.08.97 on Personal Data Protection Journal of Laws No. 133, item 883)